Pakistan is a hub of agricultural practices. Agriculture contributes 18.9% to the country’s GDP and over 49% of the labor force is involved in it. However due to rigid and outdated practices, the sector often sees losses in the form of low crop yield, increased input and production costs and the lack of an efficient use of resources. One of the major problems is lack of data regarding efficient water usage which for a country already riddled with major water crisis, is a very urgent issue. Being informed about the correct water need and usage is a crucial aspect of agriculture. Too much water will leave less growth space for the roots. Less than required water will leave the crop in a growth strain. The usage of excess water also poses the threat of seeping into ground water which can further lead to health problems. With a plan in mind to combat these shortcomings, lack of availability of proper data and to transform the current agrarian culture into an advanced field, Center for Water Informatics (WIT) at Lahore University of Management Sciences (LUMS) took up the task of introducing “Soil Moisture Sensors”. This technology generates automatic alerts as to when to irrigate and when not to, thus conserving water and boosting yield. These sensors allow for the growing of a crop within a crop-specific optimum band of water content at the crop root zone hence boosting the yield of the crop.  These sensors also boast a long battery life which can ensure a year-long operation without human intervention.  Sugarcane farmers who used these installed soil moisture sensors saved up to 35% on irrigation costs and increased the quality of their crop yield. 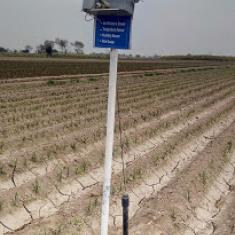 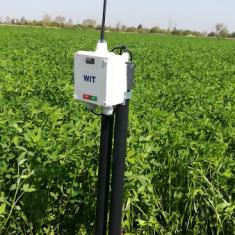 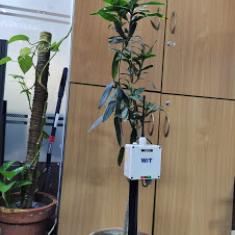 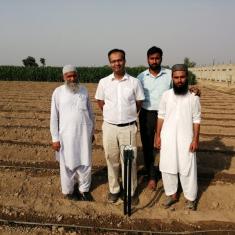 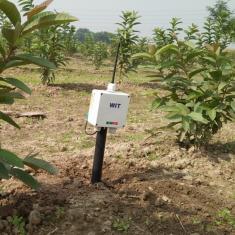